Headed back to Rosslare Harbour and dropped off the hire car. It had suffered a small stone chip on the roof from a passing truck the day before. I thought I’d better report it rather than get a rude bill later. The car rental lady was unphased. ‘Is it very noticeable?’ she said. ‘No, not really, I replied’. ‘Oh well; in that case then, you probably didn’t notice it enough to tell me’. Is that quirky and cute, or what?

Caught the train from Rosslare to Dun Laoghaire (pronounced ‘Dun Leary’), a port just to the south of Dublin and effectively an outer suburb. The train is a four car DMU that runs on Irish broad gauge track (same as Victoria’s internal lines). It’s of similar size to Australian units and it is very new, quite spacious and comfortable. First stop is Rosslare Strand, apparently a bit of a surf spot. 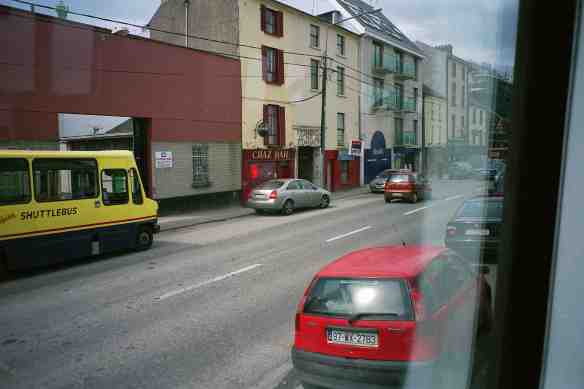 Next stop is Wexford. The sea is on the right hand side of the track and a footpath and street are on the left hand side with no fence. At one point we pass over a small inlet or dock and have water to both sides of us. The train goes quite slow in case someone has parked a little too close to the track. (There’s actually quite a few Youtube videos of trains traversing Wexford, which are fun to watch.) We finally get to the station on the northern side of the town. At this stage the train would only be about 25% full. 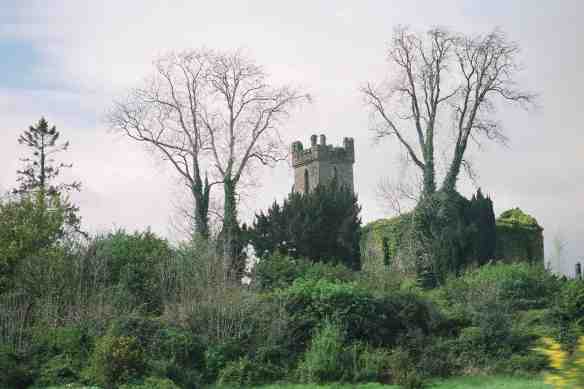 Passing a ruined church near Arklow

The train has the usual advertising signs in it. There’s one in particular that, at first glance, I thought was for travel. It has a hilly coastline viewed from across the water with the slogan ‘Launch out into the deep’. Soon realised it is actually for religious vocations! Next station is Enniscorthy. The half way stop is Arklow. Between it and Rathdrum the railway follows a very pretty river, running over rapids through a deep forest up a valley. Got a few shots, but it’s difficult to capture good photos through the windows of a moving train. 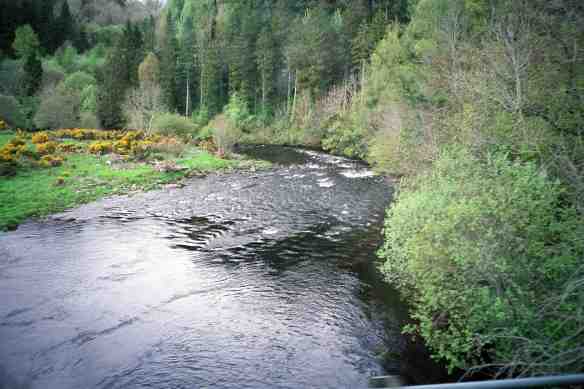 The river between Arklow and Rathdrum

From Wicklow the train follows the coast, right next to the beach. It’s a bit like the Bombo stretch of the Kiama line south of Sydney, but running for many kilometres. From Greystanes there are headlands that the train punches through in tunnels as it continues to head north, hugging the coast. Settlement is getting thicker now. The overhead catenary wires for the Dublin Area Rapid Transport (DART) system also start at Greystanes. Next station is Bray. It’s large and busy compared with all previous. Quite a few people board the train, but it’s still not crowded. Dun Laoghaire is the next stop. 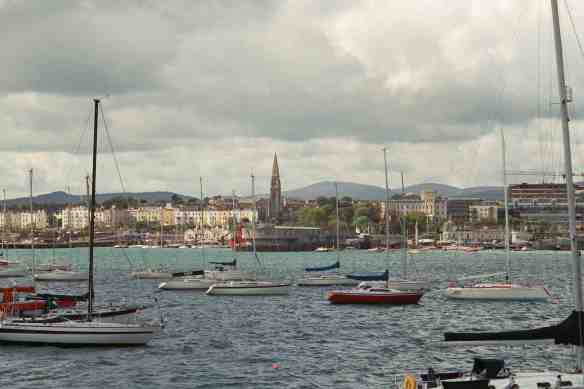 Dun Laoghaire is a real surprise. For a major ferry port it is very pleasant indeed. Less of an outer suburb as a township in its own right, it looks prosperous and well kept. The train runs close to the coast but inside a deep cutting with vertical stone walls. Even when walking right next to it on an adjacent street you don’t realise what it is as the wall extends up above eye level. It’s almost an underground railway. The station is right next to the ferry terminal and bus stops. Just up the street there are several B&Bs and hotels. I stayed at the Port View Hotel, an old but comfortable option. 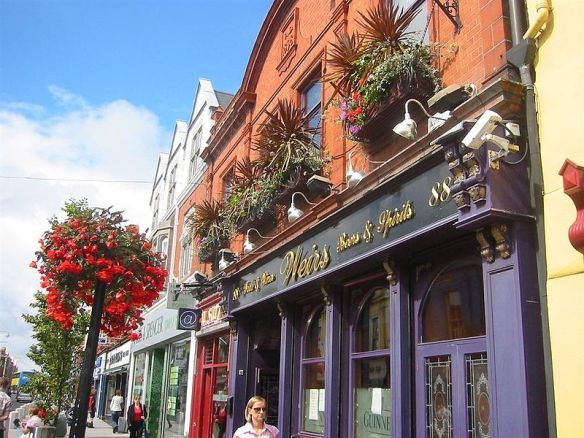 Dropped into a Bank of Ireland branch to exchange traveler’s cheques for Euros. An old guy about two in front of me spent about 10 minutes arguing with staff about exchange rates. Eventually got served and only got 97 Euros for 100 Pounds, which seemed a bit off. However, I was tired and decided to check it out later, rather than delaying more people in the queue. Next thing I know I’m being pursued down the street by the bank teller who has realised he’s made a mistake and that I should have about 140 Euros. First time I’ve ever had anyone from a bank chasing me to give me more money!

Still can’t get over how much the Irish are like Australia’s ‘traditional invaders’. They look and dress pretty much the same and act very similarly (except maybe the Irish are a bit better behaved). It almost always comes as a shock to hear the accent, It’s becoming apparent that Australia was never a British colony at all, but an Irish colony with British institutions. Speaking of institutions, the Garda (Police) here appear to be unarmed and often patrolling the streets alone on foot or in pairs on bicycles.