Today is explore Koln (Cologne) day. Apart from around the city, I got to see a Schutzenfest (shooting festival) parade and visit the amazing Romanisches Museum, which is next to the cathedral. 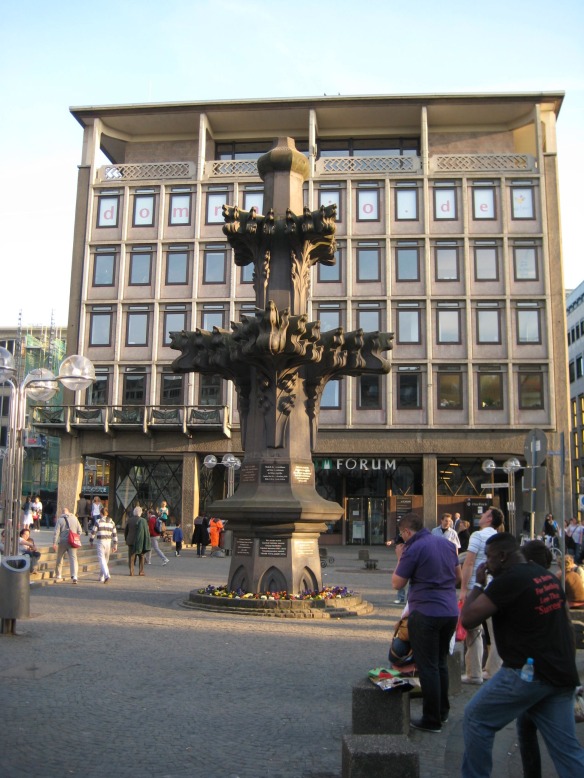 One of the tips of the spires displayed at ground level 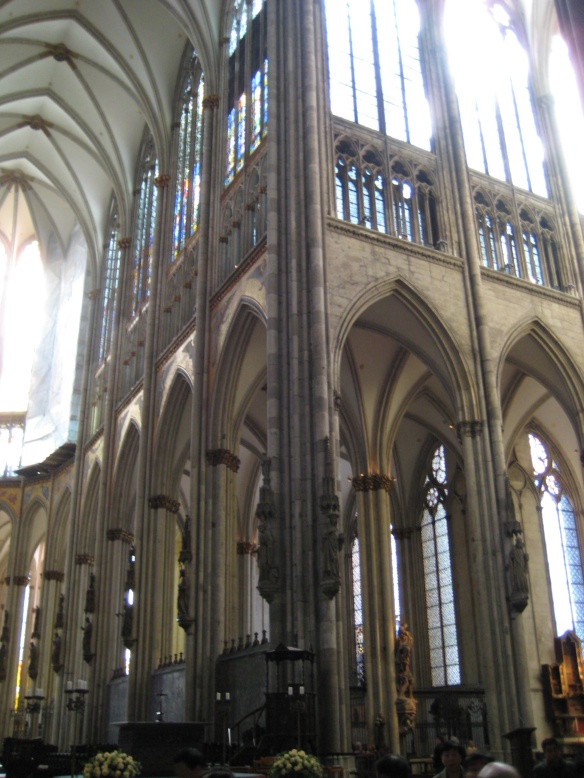 Inside the cathedral with its soaring ceilings

The Romanisches Museum was outstanding. I’ll let the photos say it all, but the ‘modernity’ and good condition of a lot of the ancient items is surprising. The wagon is a replica. 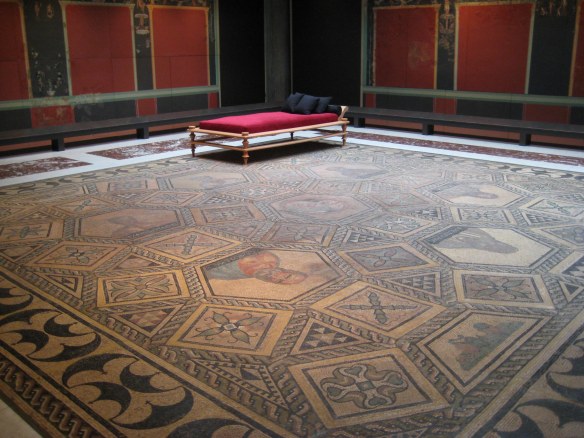 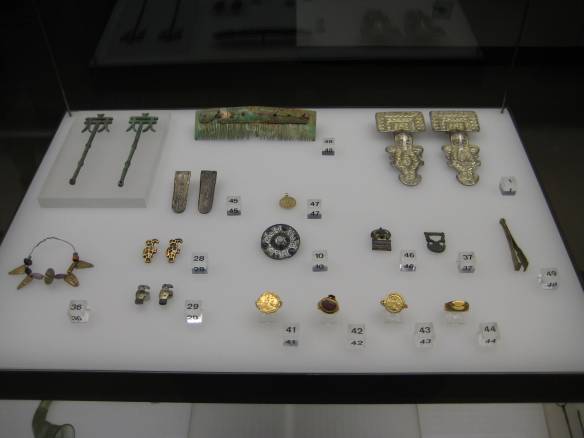 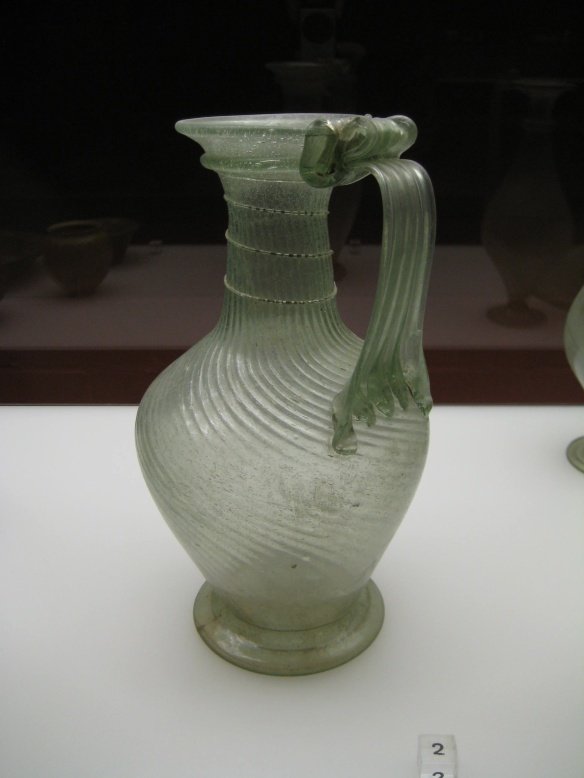 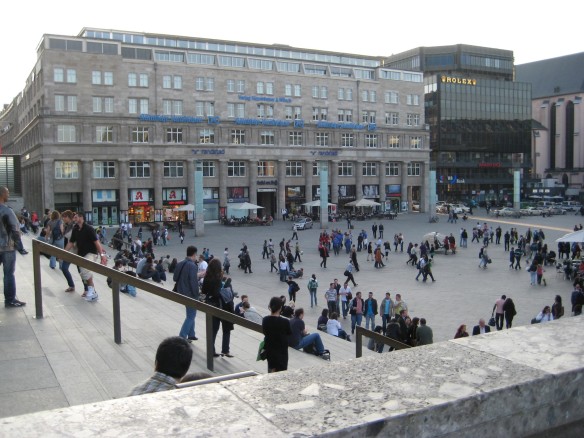 Crowds at the station square enjoying the good weekend weather

Some dude scribbling on the cathedral square 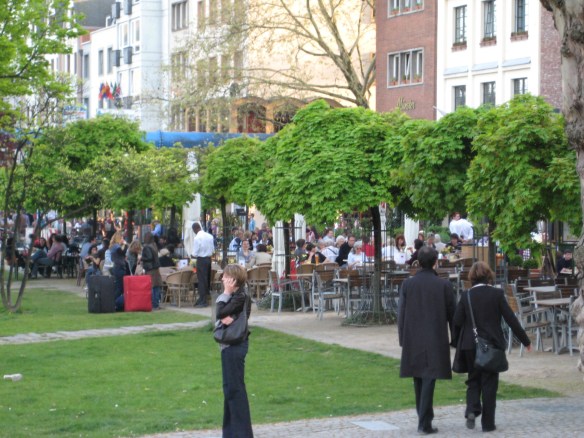 Crowds out socialising down by the river

The Schutzenfest (shooting festival) band – These guys were really good. 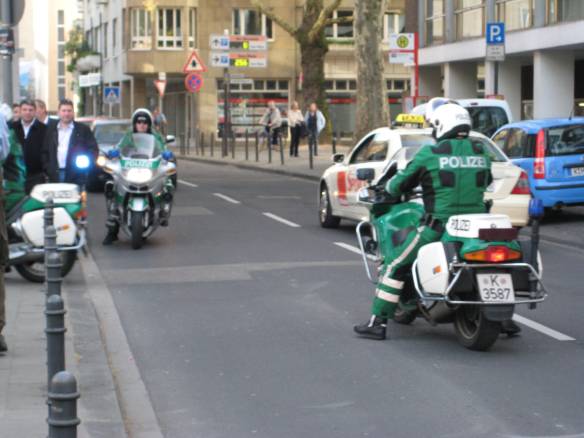 The Schutzenfest parade involved hundreds of people and was an equivalent of a Sydney march from say St James down to Circular Quay on a saturday afternoon  – yet all organised and controlled by just these three police officers; one at the front, one at the back, and one going out ahead to close each intersection. 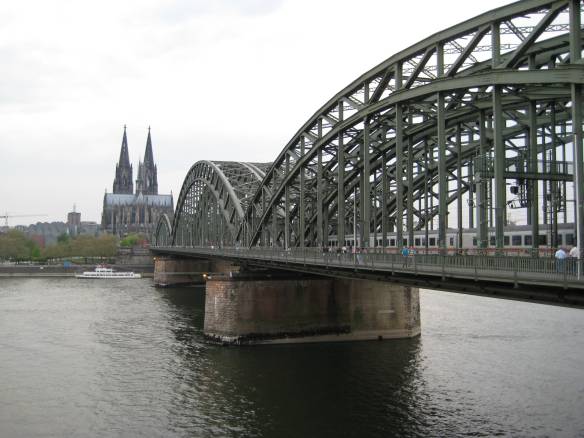 The Koln rail bridge – note the walkway on this side 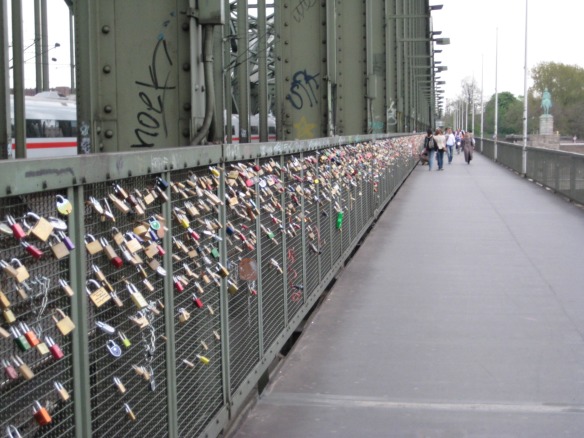 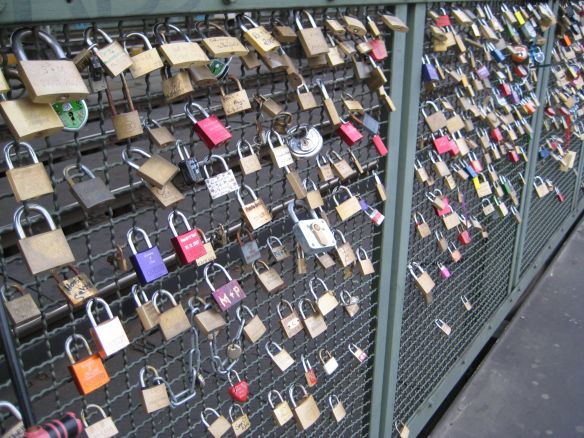