Now here’s where it will all get a bit vague. Somehow I’ve lost my notes from the remaining days, so I’ll have to depend on the photos jogging my memory. The good news is that probably means less yapping from me and more pictures. Enjoy!

I left Hamburg reasonably late in the morning and got the train down through the Ruhrgebiet to Koln (Cologne) The Ruhr area has seven million people and is apparently Europe’s fourth biggest urban area after Moscow, London and Paris. So there. I didn’t stop, so not much to see apart from the train ride and the arrival at Koln.

Bochum Hauptbahnhof – One of the stops en-route

One of the trains on the adjacent platform (and yes, she was very nice).

Crossing the Rhein at Koln

The bridge across the Rhein at Koln 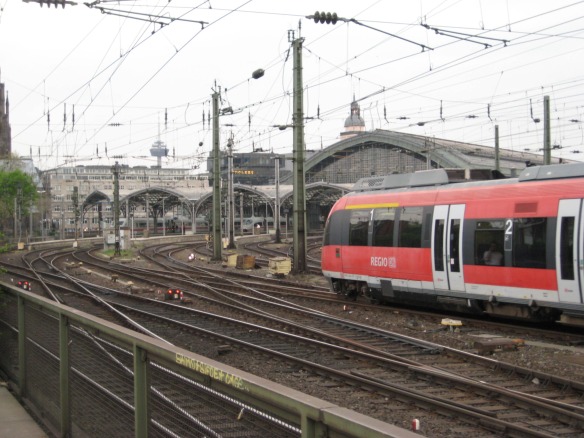 Just over the bridge is the Koln Hauptbahnhof 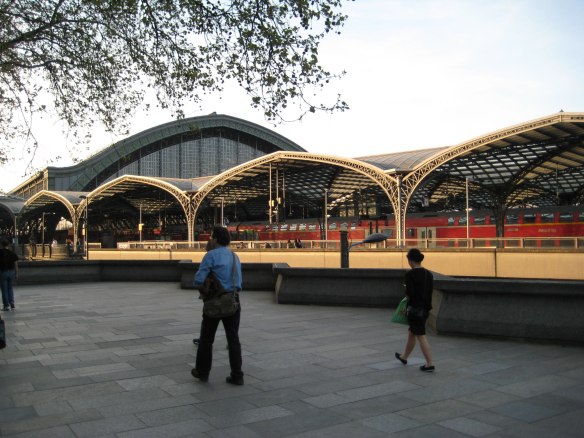 The Koln Hbf is right opposite the cathedral courtyard 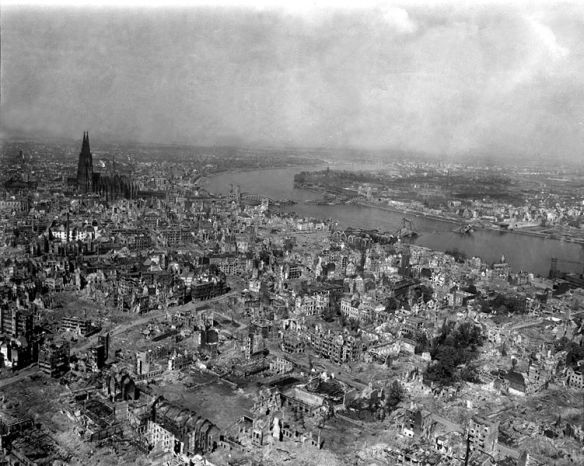 Koln 1945 – Don’t mention the war – Well actually you can if you want to, it seems to be something well in the past for most Germans now (Photo: public domain)

I didn’t realise just how devastated the country was in 1945. Almost no city or sizeable town escaped extensive bombing. In one night in Hamburg many more were killed in a single air raid than in the UK for the entire war. Above is a picture of the effect of bombing on Koln. Somehow the cathedral survived, but note the destroyed rail bridge to its right.

I’m very impressed by German women in particular. They’re focussed, intelligent and resilient, with a quiet self-confidence that’s very attractive. I suspect it may be because they’re the daughters of the women who rebuilt much of the essentials of German society and infrastructure when their men were dead, injured or interned in the late 40s. I guess what doesn’t kill you really does make you stronger.