Checked out more of Edinburgh. I’d like to travel further north through Scotland, but uncertainties about accommodation and the rail timetable make it unlikely I can do so and still get back to London for my flight.

Edinburgh’s natural setting is just as impressive as the city

There’s no accommodation available in Edinburgh on Saturday night, so I’ll have to be out by then. Checked out the office of ‘Last Minute Accommodation’ at Edinburgh Station. They found a hotel in Bayswater Road, Queensway (not far from Paddington), near Kensington and Hyde Park for most of my remaining days in the UK.

Looking across the city to the Firth of Forth 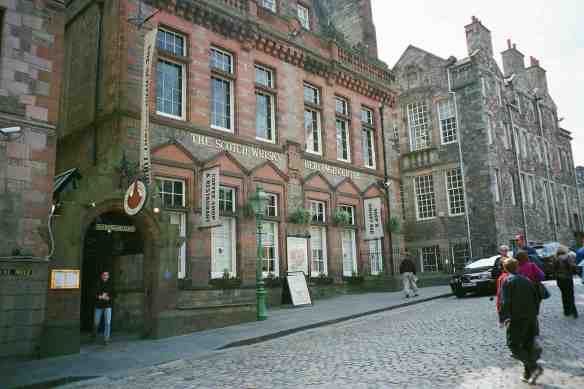 Well, it just wouldn’t be Scotland without the….

My opinion of Edinburgh remains unchanged. I find the Scots to be a little frosty at times, unlike the Irish who seem consistently warm. There are so many tourists in Edinburgh, so maybe that explains why they’re sometimes a bit tetchy. If it’s like this in May, I dread to think what it must be like in high season.

Blending the old with the new

Got some great shots of Princes Park in the late afternoon (see previous page). I seem to have been very lucky with weather – glorious blue skies have been the norm for several days. 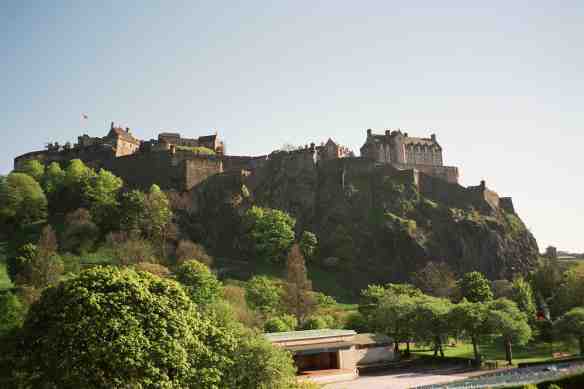 And, you can just never get enough of the castle!

I’m sad I can’t go further north; would love to have gone up to Inverness and the Kyle of Lochalsh, but time won’t permit it and I would equally like to see Oxford and some of the south east of England. A final impression of Edinburgh – it’s got this gloomy sort of beauty about it, even in the bright sunshine – would be a great place to be a goth!