Went for a walk around the area early in the morning and located a laundry mentioned in Lonely Planet just a few streets away. Still closed at this hour, but will return later with some washing. After breakfast (included in the room price of €74 or about $120) I took a load around for washing. The lady running the place didn’t speak English but we got on okay and she was very helpful explaining the process. An obviously gay couple (not that there’s anything wrong with that) came in soon afterwards and caused some havoc with her through being a bit pushy and arrogant. 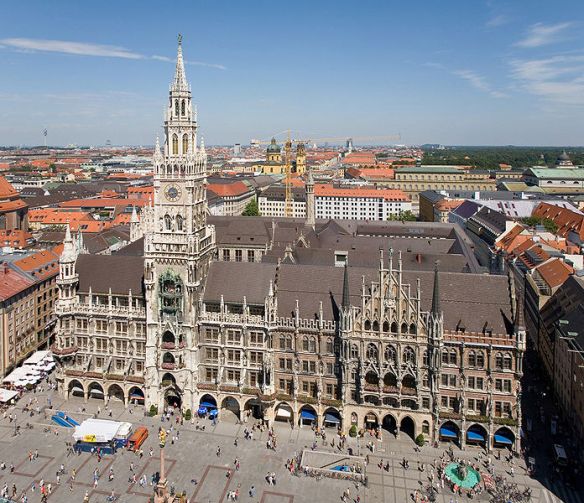 Big journey of the day is the walk from the hotel to the Deutsches Museum, which is about 2.5 km away through the centre of the city. Was just in time while walking through Marienplatz to catch the clock display on the hour. Hundreds if not thousands were in the square below and focused on the tower. Animated figures emerge as part of the display, including jousting knights, one of whom strikes the other with his lance.

The Deutsches Museum lit up in in the evening (Photo: Max-kmuc)

Continued on further to the Deutsches Museum. Well, what can I say about this place? It’s a museum of science and technology, and probably the world’s best.  It has over 100,000 exhibits. I can’t possibly do justice to how good it is. I’ll just display a few photos and hope they give even just a little sense of the awe this place inspires. The museum is so big that some parts, including most of the aviation exhibits, were moved to another location, although quite a sizeable aviation section still remains, as you can see.

Early box-kites, gliders and aeroplanes – (Some of Lawrence Hargraves stuff is here, because we were too stupid to realise their significance!) 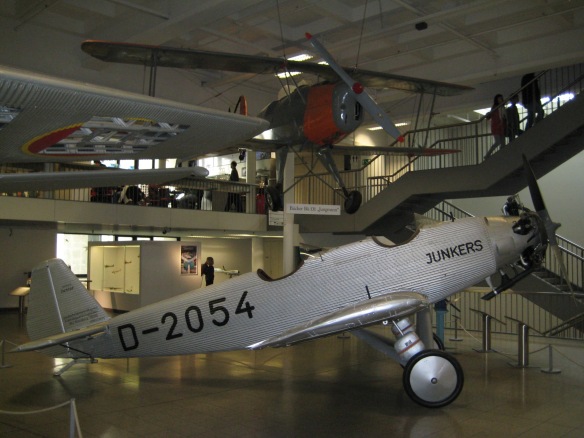 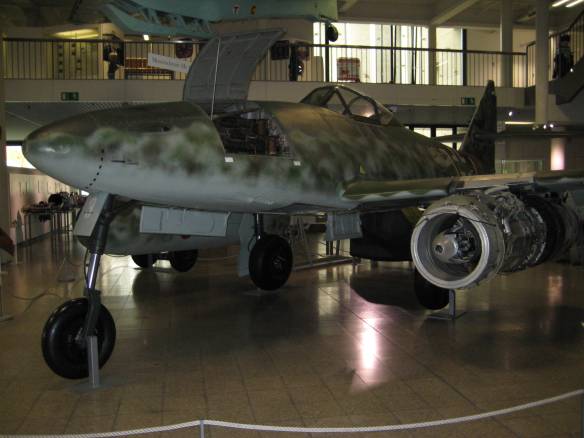 A Messerschmitt Me-262 jet fighter 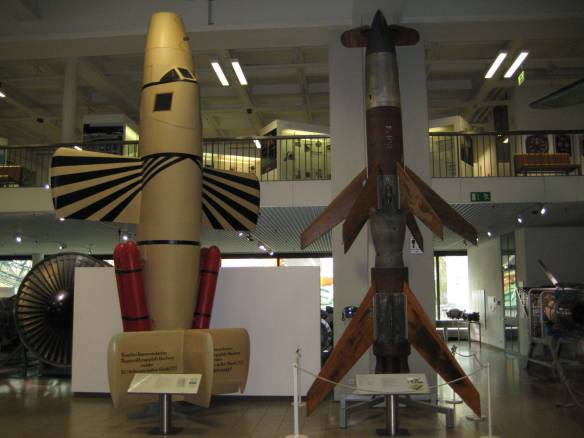 Machined aircraft parts off an Airbus

The museum’ exhibits cover metallurgy, how metals are worked, the production of iron and steel and a range of non-ferrous metals. It has beautiful scale models of the entire mineral oil and gas industry from offshore oil platforms through to refineries etc. 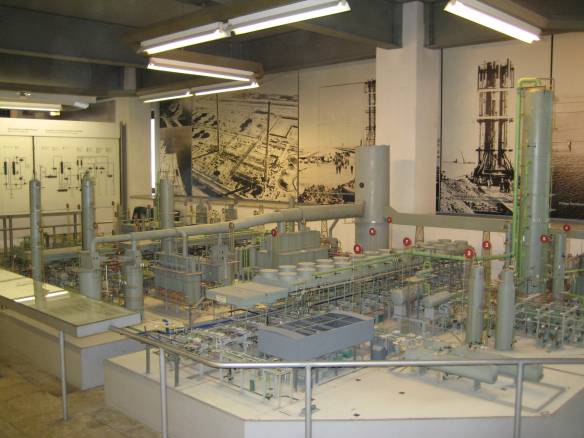 A model of a petro-chemical processing facility 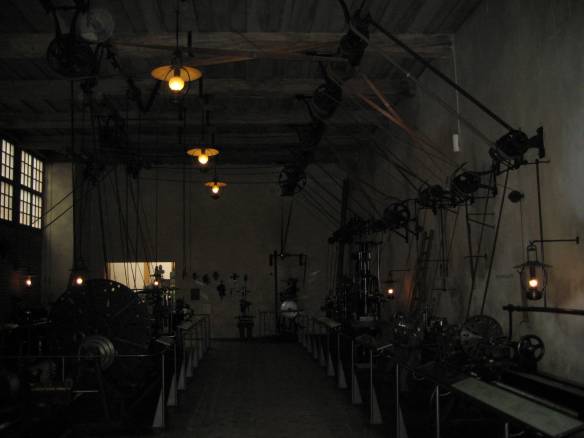 The electrical hall demonstrates electricity production and distribution. Dramatic full-scale demonstrations of massive electrical discharges and Faraday cages are given during regular displays. 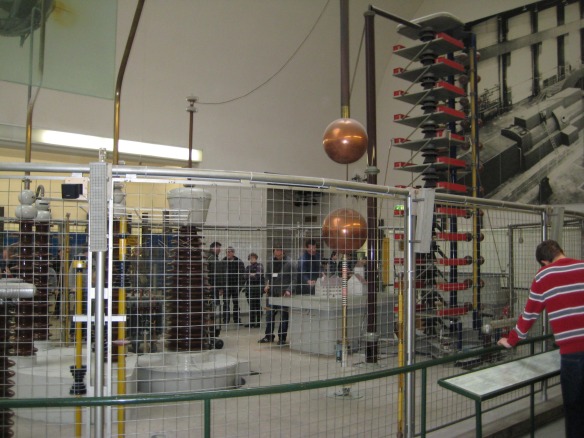 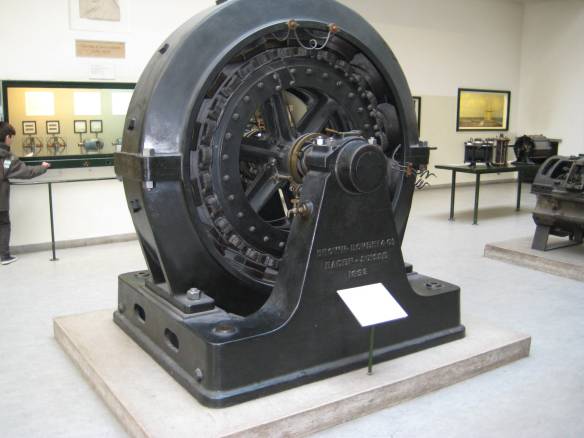 One of a wide range of motors, dynamos and electrical switchgear

A big marine navigation section includes a range of actual ships, numerous large models, simulations of a bridge and ships cabins and machinery spaces, and not only a U-boat in cutaway, but the very first prototype ever constructed, U-1.

One of the vast number of large model ships

A simulation of a large ship’s bridge 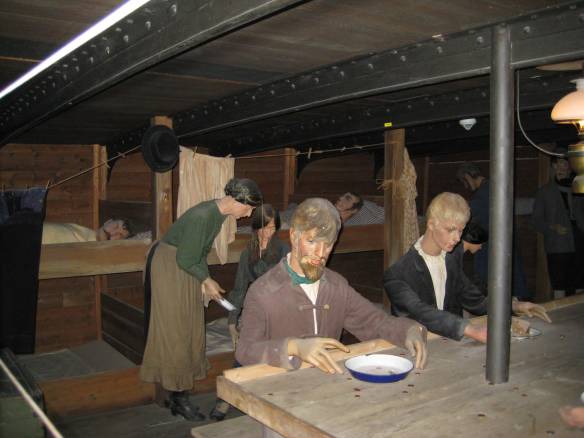 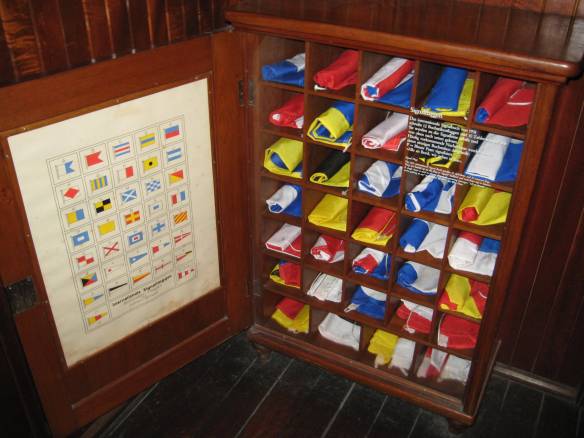 A set of marine signalling flags 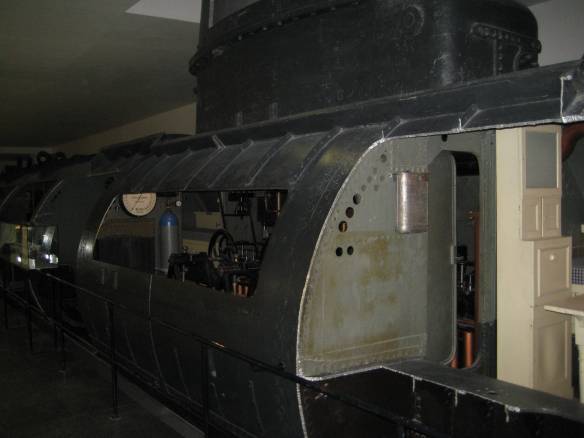 A cutaway of the first prototype U-Boat, U-1

Three halls in the tunnel construction section illustrated historical and current methods of tunnel construction, and all in full-scale. There’s stuff on hydraulics, bridge building and mining. You name it, and it’s probably there!

A cutaway of a Wankel rotary engine

A cutaway of an early jet engine 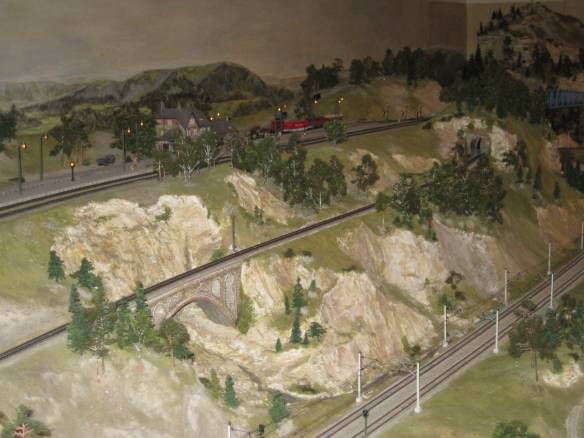 There are areas on chemistry, robotics, radioactivity and most interesting of all, nanotechnology. And heaps and heaps and heaps more. This museum alone is worth a trip to Europe. Any German kid with any aptitude would get utterly excited about a career in science or engineering on seeing this place. It is really, truly amazing.

After a long day at the museum, evening set in. I did a bit of a town walk later and it got very cold. I actually started shivering very heavily and uncontrollably. Went back to hotel and rugged up with double pants, T-shirt, sloppy Joe, plus a heavy jacket over that. Meanwhile some girls are riding past on bikes in the street, their little headlights blazing in the gloom, completely comfortable wearing nothing but boots, skirts and a jacket. My god they must be tough! And this is from someone who absolutely loves cold weather.